Violence and the Word

Violence and the Word 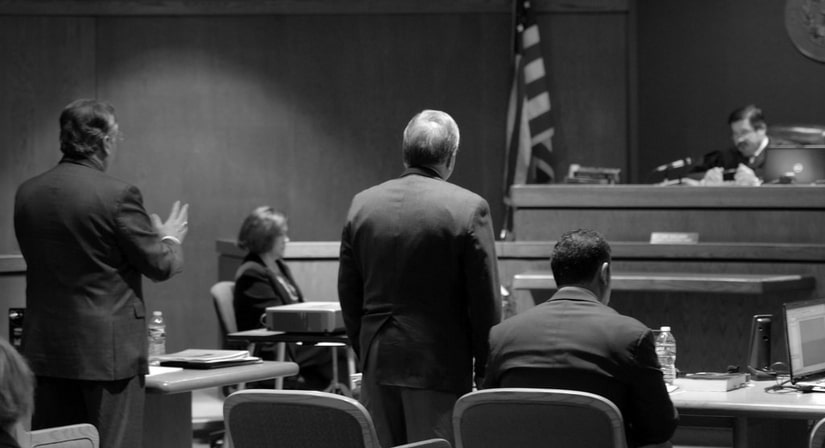 “One does not trip on ethics.” With this curious image, the Prime Minister officially acknowledged the existence of police violence against demonstrators in recent months. For more than a year already, a strict accounting of the injured had been publicly kept on social networks, relayed by the most official press titles : 2 dead and 24 dazed on the day of his statement. The fact that this simple factual observation comes so late in the day shows the political stakes: it is costly for the State to call violence what it normally does. To acknowledge violence is to open the way to a debate on its legitimacy, so that any reflection on violence is always also a reflection on justice. It is the same with violence as it is with barricades: they have only two sides.

" The task of a critique of violence can be summarized as that of expounding its relation to law and justice". Walter Benjamin.

This is no surprise for feminist, anti-racist or anti-specist activists1 who are working precisely to question what in our society constitutes violence and what may or may not justify it. They also know how important it is to make such violence sensitive. If #MeToo, @AlloPlaceBeauvau or the videos of the association L214 have been able to impose their theme in the public debate it is precisely because individual testimonies as well as videos shared on social networks have a powerful capacity to affect their audience. It is easier to talk about animal violence than to look at images of slaughter. While the image must always be critically analysed, it must be recognised that it has a tremendous capacity to generate real effects.

But to say that violence is never as recognized as long as it is made sensitive also means that not all violence is so easily recognizable as such. We are not equally affected by all forms of violence. So-called “economic” violence may very well have devastating effects on those it affects, and is more easily challenged as violence than physical aggression2. Making us sensitive to the violence that permeates society is an endless task.

The violence produced by the judiciary suffers from the same analytical difficulties. The scientific literature focuses mainly on the two extremes of the procedure, i.e. the police and the prison, but much less on the activity of the judge himself. On the one hand the law seems to us to be the antithesis of violence (violence only occurs outside the law) and on the other hand it is at first glance difficult to see in the serious work of legal interpretation an act that generates violence.

Robert M. Cover (1943-1986) was responsible for initiating an analysis of the violence produced by the activity of legal interpretation in the article “Violence and the Word” published in 1986 in the Yale Law Journal3. I am now offering a first (as far as I know) French translation of that article, in order to make this valuable work available to the non-English-speaking public.

« Legal interpretation' takes place in a field of pain and death. »

In Violence and the Word Robert Cover therefore focuses on analyzing the role of the judge in the production of judicial violence. To do so, he first wishes to recall that justice does indeed generate violence. From arrest to detention, including searches and judicial control, justice produces violence. For the author, it is of course not a question of denouncing this violence as such - that justice can produce violence is even a condition of its effectiveness - but of recognizing it in order to better understand it.

He then analyses the role of legal interpretation within the judicial institution and characterizes it as :

Thus the violence of the law results first of all from the social cooperation of all the actors, and in particular the judge whose work of legal interpretation contributes to legitimizing the coercion exercised against the accused. Conversely, it is also this cooperation that makes it possible to transform the judge’s words into deed.

In conclusion Robert Cover invites the reader to depart from an analysis of legal interpretation as an expression of a community of meaning or value. On the one hand, the multiplicity of actors involved in the production of legal violence increases the number of competing interpretations, thereby reducing the judge’s ability to bring out an understanding shared with the convicted person. But more fundamentally, it is the affliction of violence itself that prevents a common space from emerging: “[…] for those who impose violence, justification is important, real and carefully cultivated. Conversely, for the victim, the justification of violence loses its reality and importance in relation to the overwhelming reality of the pain and fear she is undergoing “.

Such work deserves to be better known by the Francophone public. Perhaps it could contribute to the criticism of abusive police violence, which is no longer seen as purely individual acts but as practices of socially organized violence. The repression of yellow vests has given us some striking illustration of this.